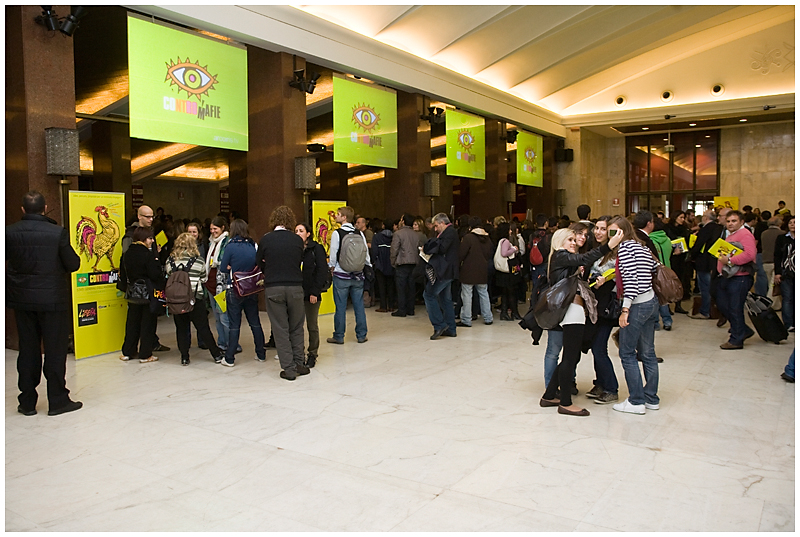 Contromafie, the General States of antimafia is an event offered by Libera to the antimafia movement – at the Italian, European and any other level – in which associations and organizations committed against the various forms of organized and transnational crime and related corruption practices meet to compare strategies and paths, develop legal and administrative proposals, elaborate civil and non-violent actions, promote best practices and experiences in the field of freedom, citizenship, information, law, justice and solidarity.

The third edition of Contromafie comes after five years from the previous one and has to take into account a social and political context which has changed dramatically, due to the serious repercussions caused by the global economic recession – unfortunately still ongoing – whose devastating effects were exasperated by the loss of ethical references and values​​, the lack of civil and cultural antibodies able to counter – especially among the younger generations – the perverse appeal of the apparently successful model of crime and lawlessness.

Contromafie is not a conference, not a showcase, but rather a space and a time for comparison, study, in-depth analysis: in the spotlight there are projects, routes, ideas to take stock of all the results achieved by the civil, social and responsible antimafia. Contromafie is a place to introduce to institutions the legislative and regulatory changes resulting from daily work, and to develop shared solutions to the problems and difficulties encountered met by who aims at enhancing the human being and his dignity in our country, liberating him from the slavery of mafia yoke and corruption, called “plague” first by Cardinal Carlo Maria Martini first and then by Pope Francis.

In particular, this last topic has been central for several years in the commitment of the associative network afferent to Libera, as demonstrated by the campaigns “Corrupted” and “Future starts again”, where the analysis of corruption phenomena opens to the enhancement of the commitment of individuals and realities in the daily contrast to corruption practices. Alongside with them, there is a national initiative such as “Miseria Ladra” (Thief Misery), denouncing the close connection between the mafia presence and the impoverishment of the social and economic context and enhancing the need for a new welfare system giving back dignity and rights to the citizens of our country.

Thus one can understand the close correlation between the “against” and the “for” in the mission of Contromafie: not a simple, although necessary, opposition to mafia and corruption, but a simultaneous awareness of the vital role played today by words like “freedom” and “dignity”, “citizenship” and “responsibility”, “information” and “democracy”, “legality” and “transparency”, “justice” and “truth”, “solidarity” and “development”, whose full realization is the only way to get to the defeat of mafias and corruption.

Also for the third edition, Contromafie offers four days of study and comparison developed according to the six thematic areas accompanying our work since 2006 (for a word of freedom and dignity, for a knowledge of citizenship and responsibility, for a duty of information and democracy, for politics of transparency and legality, for a request of justice and truth, for an economy of solidarity and development) as places of study and exchange, through the division into groups and sessions.